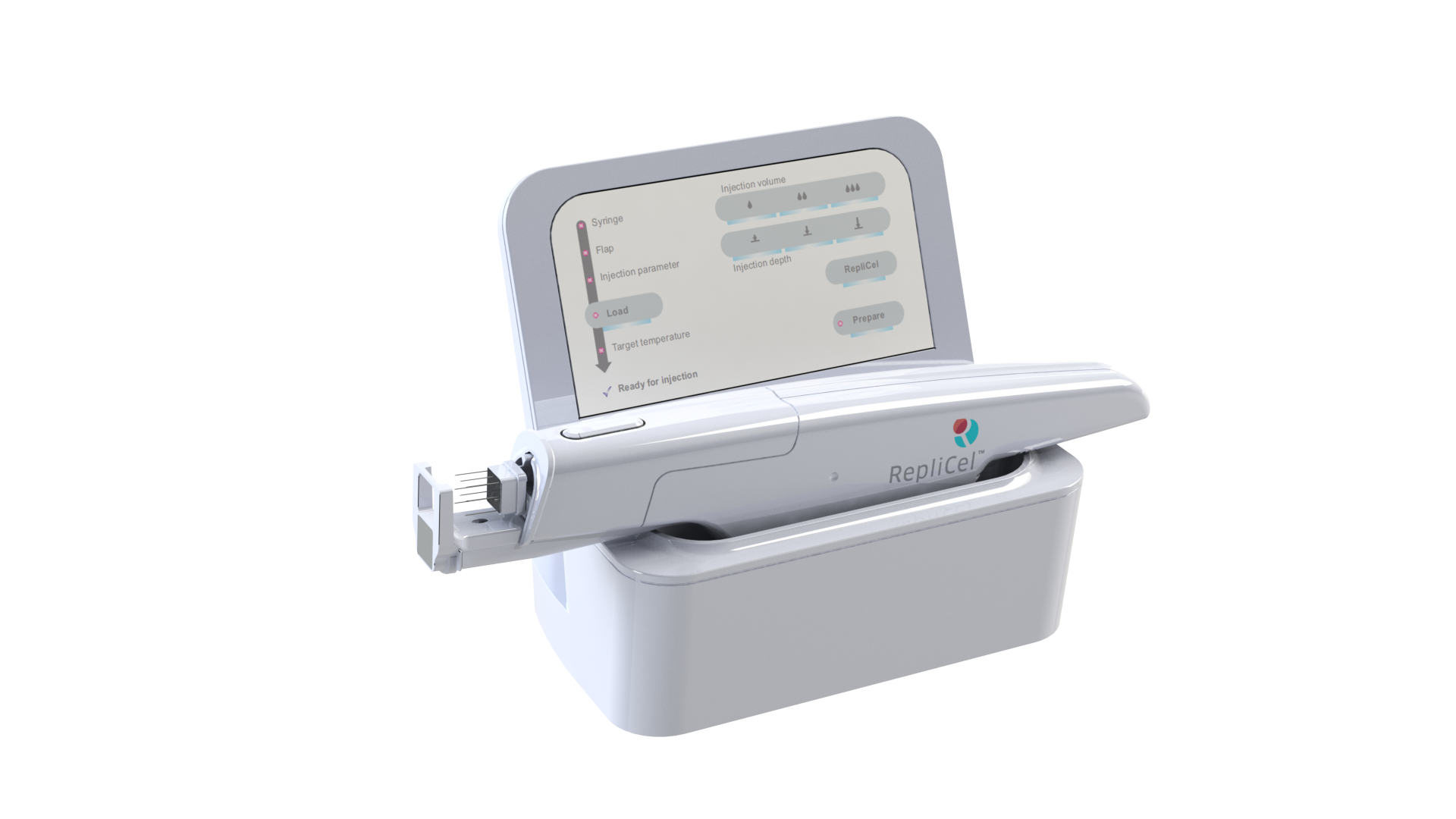 VANCOUVER, BC, CANADA – 25 May 2021 – RepliCel Life Sciences Inc. (TSX.V:RP) (OTCPK:REPCF) (FRA:P6P2) (“RepliCel” or the “Company”), a company developing next-generation technologies in aesthetics and orthopedics, is pleased to announce that it has received the first units of its dermal injector and is nearing completion of the preliminary phase of functional testing required to launch executing on the larger-scale production and testing plan.

“In our February update, we announced that manufacturing of RepliCel’s initial batch of commercial-grade dermal injectors and related consumables was resuming and that, upon delivery of the first units, we would commence functional testing. I am pleased to report we have now entered this phase,” stated RepliCel President and CEO, R. Lee Buckler.

Having received the first few units of the dermal injector earlier this month, a team of assigned engineers and technicians initiated a battery of functional testing to stress the units and ensure compliance with strict functional specifications set by the RepliCel team. This testing phase has resulted in a small number of component upgrades and software modifications which, when data shows full specification compliance, will signal the end of this initial phase of testing.

A comprehensive testing plan including a wide range of required functional and safety tests has been put in place to which over forty units will be subjected to produce the data needed for the submission to regulators seeking marketing approval later this year. All this is being done in collaboration with and under the supervision of the regulatory team at MainPointe Pharmaceuticals which is RepliCel’s partner for the products’ commercialization in the United States.

“While we execute on the dermal injector product line pre-submission testing, we are also engaged with Japanese authorities on procuring permission to use the dermal injector and consumables in RepliCel’s clinical study of its RCS-01 cell-based skin rejuvenation product in Japan for which planning and preparations have now commenced,” stated Buckler.

The RepliCel Injector Product Line is comprised of a desktop touchscreen control unit wired to a handheld electronic injector wand with a push-button trigger rather than a manual plunger. In addition to offering unparalleled electronic control and consistency of injection depth and dose, the injector includes a cooling element intended to cool the skin to minimize sensation prior to injection. The proprietary consumables include two different multi-needle heads, syringe cartridges, and liners.

RepliCel management and advisors have engaged key clinical opinion leaders on the identification of high-value market applications for the device including the injection of various substances into the dermal and subcutaneous layers. Such substances include toxins, dermal fillers, drugs, biologics, PRP, fat, and cells. Potential uses for the devices include injections to treat hair loss, hyperhidrosis, migraines, skin aging/damage, skin pigmentation, and wounds, as well as cosmetic procedures such as skin rejuvenation, aesthetic sculpting, and reduction of fine wrinkles.

Commercial, clinical-grade units of the consumables and injector are now in production and testing for the purpose of gathering all necessary data to complete the submission to regulatory agencies seeking marketing approval. Plans are actively underway to pursue regulatory approvals for market launch initially in the United States, Europe, Hong Kong, and Japan to be followed by other markets globally.

RepliCel is a regenerative medicine company focused on developing cell therapies for aesthetic and orthopedic conditions affecting what the Company believes is approximately one in three people in industrialized nations, including aging/sun-damaged skin, pattern baldness, and chronic tendon degeneration.  These conditions, often associated with aging, are caused by a deficit of healthy cells required for normal tissue healing and function.

Headquartered in Canada with a base of operations in Europe, RepliCel has existing partnerships in the United States, Japan and China.

The Company’s cell therapy product pipeline is comprised of RCT-01 for tendon repair, RCS-01 for skin rejuvenation, and RCH-01 for hair restoration. All RepliCel’s cell therapy product candidates are based on RepliCel’s innovative technology, utilizing cell populations isolated from a patient’s healthy hair follicles.  RepliCel's three cell therapy products have now been tested in over 100 patients in four countries on three continents and successfully reviewed by three different regulatory agencies.

RepliCel has also developed a proprietary injection device, RCI-02, optimized for the administration of its products and licensable for use with other dermatology applications. Certain commercial rights for RCI-02 have been licensed to YOFOTO for Greater China and a limited-term exclusive distributorship to MainPointe for the United States.

The co-development and commercial rights for RCH-01 for most of Asia have been exclusively licensed to Shiseido Company. Though the legal status of this license is currently the subject of some disagreement between the parties, Shiseido continues to finance the development of the licensed product based on RepliCel’s technology in their territory.  The co-development and commercial rights for RCT-01 and RCS-01 have been exclusively licensed to YOFOTO (China) Health for Greater China.